What the hell is blockchain?

While we tried to explain the technology behind cryptocurrencies in more detail here, in a nutshell, it is a system of complex code for building trust without any middleman.

When The Medical Futurist asked Ivo Lohmus from Guardtime, an Estonian company developing K.S.I. blockchain technology, he said to imagine it as a shared book of records, or in more technical terms, a distributed database that’s designed in such a smart way that whatever is added to this database, that is immutable. As if it is carved into stone. Any change becomes immediately evident. Moreover, there is no central authority to decide what’s right or wrong. No bank, no regulator, no oversight. The participants need to signify they accept a shared consensus.

So, why is it a win for healthcare? As the blocks are impossible to change you cannot delete or change anything without leaving a trace. That is critical in case of health data. It could secure health records, clinical trial records or ensure regulatory compliance. In pharma, the most apparent use of blockchain is securing the supply chain and fighting against counterfeit drugs. Now, let’s see how individual firms and companies turn blockchain’s advantages into beneficial solutions in the healthcare sphere.

Ever since the Human Genome Project was completed, the price of genome sequencing has been free-falling. In January 2017, DNA sequencing giant Illumina unveiled a new machine that the company says is “expected one day” to order up your whole genome for less than $100. The White Paper on Nebula Genomics states that the opportunities around personal genome sequencing will soon create a genomic data market worth billions of dollars.

The team behind Nebula Genomics believes that this market will have similar characteristics and challenges as any market where data is involved. And what’s the best technology to solve data security issues and to ensure that data gets from the source to its end-user without any middlemen? You are right; it is the blockchain. The company, in which the guru of modern genomics, George Church, co-founder of Veritas Genetics is also involved, will use blockchain technology to enhance genomic data protection, enable buyers to efficiently acquire genomic data and address the challenges of genomic big data. Let’s remember this last expression, as we will hear about it in the future!

The Palo Alto-based start-up was founded by the entrepreneurial duo Walter and Sam De Brouwer in 2016. Here, you can also find George Church among its scientific advisors. Doc.AI visualizes a (near) future that is consumer-controlled, blockchain-based, AI-powered and centered around all kinds of biological data, including genome or microbiome.

What does it mean in practice? The platform using natural language processing as well as computer vision and securing data through blockchain technology generates insights from medical data. Anyone can launch a „data trial” – a collection of health data on the platform for a particular cause or generally, then data scientists are tasked to connect the data dots and make predictive models. As a result, each will get insight into his or her own data which he or she can bring to the doctor. A great example how to apply the power of community together with AI and blockchain for precision medicine more efficiently.

The Central-European, more closely Slovenia-based enterprise says it is creating a global and participatory healthcare ecosystem. The ambitious start-up was established only two years ago, but it is building an open-sourced OpenEHR platform with tremendous efforts and zero-knowledge data repository. The latter ensures that sensitive medical data will remain secure and utterly impervious to cybersecurity breaches, including state-sponsored attacks.

The overall goal of Iryo is to build an appropriate platform for keeping health records unified. Instead of all kinds of medical data from various providers stored in different formats and scattered across different systems, Iryo’s solution promises to store data securely and allow patients to share their medical history anywhere in the world. If they are testing their technology in Slovenia first, they will have a reasonably manageable pilot cohort.

At the time of the infamous ransomware attack against the NHS, Patientory founder and CEO Chrissa McFarlane urged the UK government “to get behind a blockchain-enabled national IT health system and at the same time help to remove legal obstacles in the movement of data amongst providers”. She believed that the implementation of blockchain technology of a complex national healthcare system, such as that of the UK would not last longer than two years – if there is any political will to bring it into effect.

The Estonian company, a team of over 150 cryptographers, developers and security architects with decades of experience defending networks from (Russian) state attacks, is a pioneer in K.S.I. blockchain technology. They operate in the Netherlands, Estonia, US, UK and Singapore and tackle data breach management, secure critical infrastructure, enable the safe operation of e-governments, work with financial markets, telecommunication stakeholders, insurance companies or defense and aerospace enterprises.

Regarding healthcare, In March 2017, Estonia’s eHealth Authority has signed a deal with Guardtime, a blockchain pioneer, to secure the health records of over a million Estonians. These highly sensitive records also contain genetic information of patients in thousands of cases. In January 2018, the company signed a deal with a private sector healthcare provider in the United Arab Emirates to bring the technology to the Arabic country.

The Venice Beach, California-based software product company was established four years ago; and aims to build tools to connect large and disconnected data sets on one platform, GemOS powered by the blockchain technology. In healthcare, they are exploring how blockchain can support patient-centric healthcare and personalized medicine.

Regarding the health sector, Gem partnered with Philips, a European health service provider, Tieto and the US Center for Disease Control and Prevention. The latter is interested in the better management of population health data and, even more specifically, data relevant for disaster response. In case of Tieto, Gem helps them to connect such specific data silos as Finnish blood banks and DNA registers.

The San Francisco-based tech company applies blockchain technology combined with IoT systems to supply chains to help improve traceability and accountability. It is crucial in industries, such as pharma, precious metals or other high-value commodities.

Chronicled is also a partner in the MediLedger Project, announced in September 2017, which aims at demonstrating compliance with the Drug Supply Chain Security Act. The project also seeks to prevent counterfeit medicines from entering the supply chain. Pfizer, AbbVie, Genentech (part of Roche), along with wholesalers AmerisourceBergen and McKesson are also involved.

The very young, Canadian enterprise wants to leverage the power of blockchain to make personalized medicine happen. In their White Paper released March 2018, the team describes how stakeholders in healthcare store patient data in disparate formats and disconnected data sets. Poor data sharing practices hinder among others the process of drug discovery and public health research. Coral Health aims to create a platform where patients could securely and easily share their health records with other stakeholders, which could facilitate a broader application of personalized medicine – for example mapping the possibilities in personal genomic information.

The start-up released the demo of its medical records app early February. Users can add their medical health records or have someone add them, and they can choose various doctors to share the data with and request health tips. It looks already great, but they are inviting people to give feedback to their innovation, to make it even better.

The London-based company is building a decentralized, blockchain-based platform to securely store health records and share these digital records with doctors, hospitals, laboratories, pharmacists – if the patient permits these stakeholders. Moreover, Medicalchain also supports telemedicine on its platform: it allows patients to communicate with their doctors via online sessions and share their health information. In the future, the enterprise will let third-party developers build applications within the Medicalchain system which could mean medication management solutions, apps interacting with wearables or giving dietary advice.

In March 2018, the company announced a partnership with The Groves Medical Group, an organization with 30,000 registered NHS patients. The Groves will be the first medical practice in the UK to use blockchain technology and to accept cryptocurrency as payment for health services, broadening access to private healthcare across its four medical centers. The exciting pilot projects will start in July 2018, and we cannot wait to hear about the results.

The MyGene-Chain market was launched earlier in 2018. It is available for individual consumers who want to secure, share, and potentially re-market their de-identified genomic data. However, some experts warned thatthe de-identification process might be problematic and could reveal private data. Moreover, the system does not entirely secure the platform against fraud. What if someone claims to have a rare genetic disease to rush up the price of the genetic data? In addition, the entire idea raises an essential ethical question: would you sell your genetic data for money to researchers?

Their product, ConnectingCare brings together providers from different medical organizations onto the same platform, where they can view the same data for shared patients. In addition, financial and clinical algorithms powered by artificial intelligence provide actionable strategic opportunities for all users. The platform powered by blockchain enables users to follow-up on patients as well as to bring down the cost and duration of care. It drives healthcare providers to work together so that reimbursement depends on their ability to prove they worked together. SimplyVital Health is also working on their second product, Health Nexus, a blockchain protocol safely adoptable by healthcare and the first blockchain protocol that is HIPAA (Health Insurance Portability and Accountability Act) compatible.

The French startup uses blockchain-based technologies to help fight drug counterfeiting, which is a worldwide challenge. In many developing countries in Asia, Africa, and South America, counterfeit drugs comprise between 10 percent and 30 percent of the total medicines on sale. As Blockpharma mentions on its website, every year around 800,000 people die due to the consequences of taking counterfeit drugs.

The use of blockchain improves the drug traceability. Not to mention that it also allows the participants in the supply chain to interact easily and alerts the labs if fake drugs are detected. Blockpharma developed an app with which the origins of the purchased medication could immediately be controlled. Moreover, smart algorithms augment their technology – to be able to recognize more and more counterfeit drugs with the increase in the usage of the app and thus the utilized dataset. 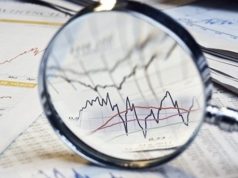 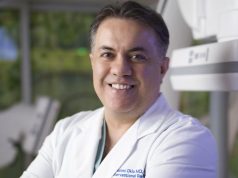 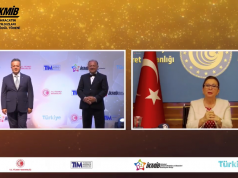 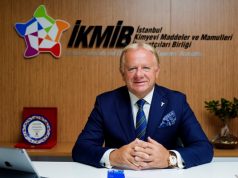 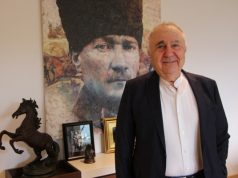 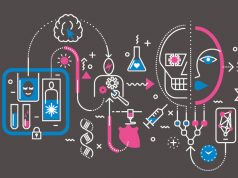 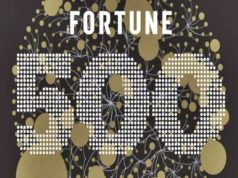 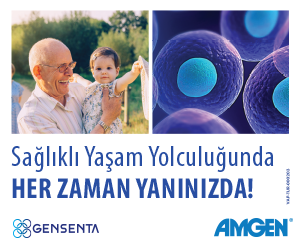